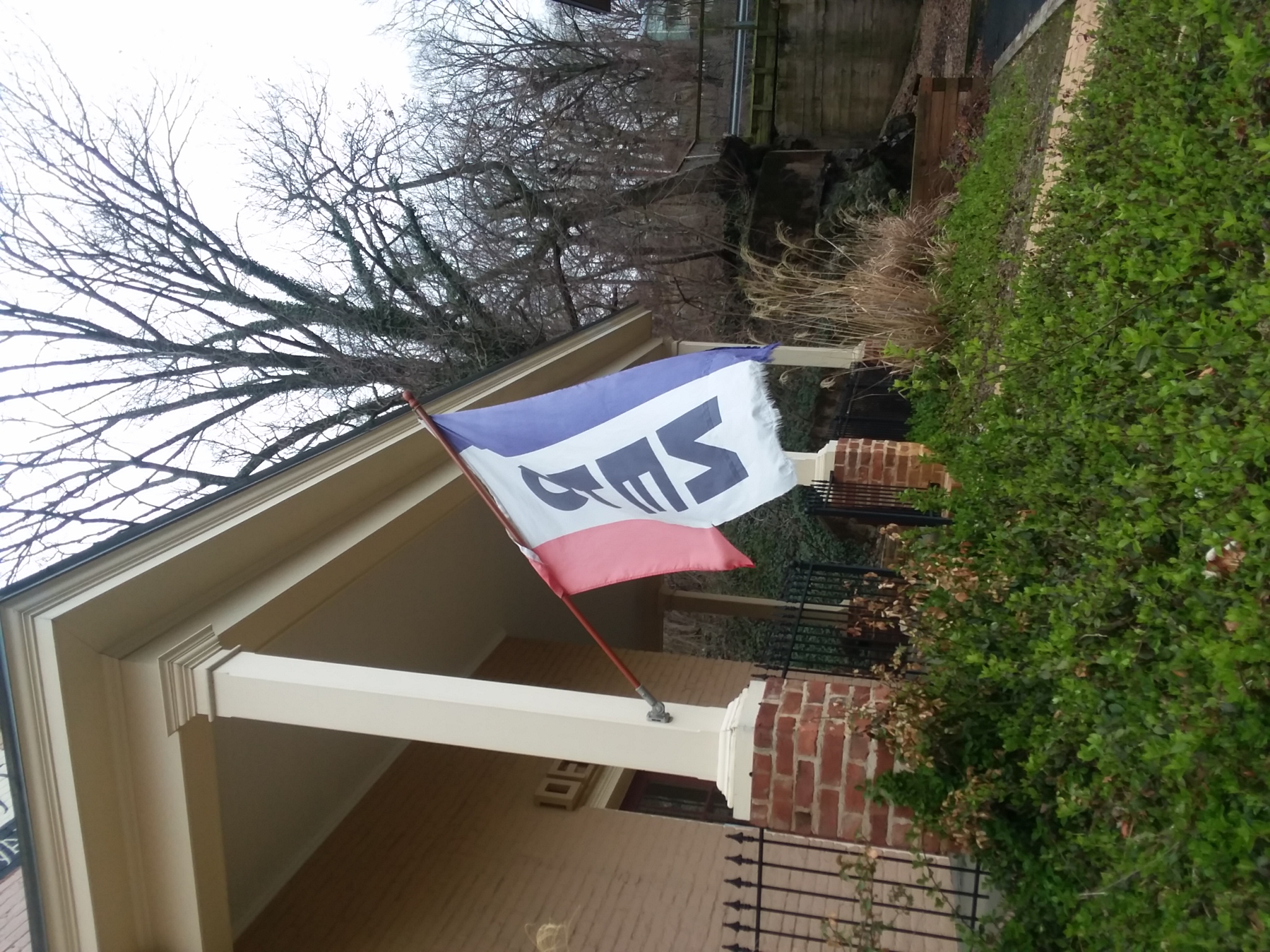 The tasting room has been quiet since COVID-19 sent most the population into hibernation, some willingly, others less so. Now Governor Northam has issued a ban: all restaurants, tasting rooms, and breweries are closed to everything but curbside service and deliveries until April 23. The tasting room atmosphere is like a tomb.

Between early November and today I’ve lost the nearly twenty pounds I piled on while writing my novel. (Don’t hold your breath on its publication.) I can now return to the cuter outfits in my wardrobe, but where to show them off? There’s no place to go but the grocery store.

When I walk through Downtown Staunton I feel like I’m walking through a vacant movie set. Some businesses struggle to keep active, others have locked up for the duration. The fear is that some may never reopen. Before the quarantine I had planned to mend our torn OPEN flag, but today the battle-worn look seems appropriate.

On the bright side, as I sit behind the bar waiting for that curbside sale or urgent call for a Lemberger delivery, I have time to update my ipod, partake of Online Gap sales, knit, and surf the world-wide web.

Here are a few tid-bits I picked up surfing:

Our daughter, Harriet, returned several weeks early from her apprenticeship at  Champagne Lacroix Triaulaire, a champagne house in the Aub region of France. (You can read a small article about  her apprenticeship here.)  She was sad to leave the French village and the Lacroix family, who had been so kind to her, but was relieved to make it home before flights between France and the US came to a halt.

Have you ever seen Dulles Airport so deserted?

Did you know you aren't under quarantine unless you're in Quarantine, France? Otherwise you're in sparkling isolation. (Ha! Not sure who tweeted that one, but it’s gone viral. Oops! Bad pun.)

Quarantine may have caused a horrific sales slump, but it hasn’t slackened activity on the farm. Pruning continues in the vineyard. The heavier cuttings are carried in a frontend loader to the burn pile.

Preparations for a bottling are underway in the winery.  Wines must be racked (moved from one tank to another) and carefully monitored for ph, free sulfur, polysaccharides, and clarity.  After racking, the tank walls are cleaned to remove tartaric acid crystals. To clean the tanks we use a solution of warm water and an alkaline compound (like soda ash or soap.)

Here John is mixing the compound with water. I only post this picture to show the camp stove he uses to heat the water and because I like the Redskins bucket. The mixture is dumped into a tub and cycled through the vat using a pump.

The solutions cleans the vat until it is shines!

Every year the tartaric crystals take on a different form. Some years the crystals are the size of bb’s and some years as tiny as a grain of sand. This year the crystals are small and densely packed, which makes them difficult to remove frome the tank.

Crystals are razor sharp and will slice your hands and fingers like a paper cut, as every winemaker discovers early.

John had to replace the two-ton battery in his forklift. He was able to sell the old battery for its lead. O, how delighted he was!

Despite the chilly nip in the air, we spotted our first snake yesterday, a sluggish black thing skulking in the garden. Spring is here. Bud break and new planting are just around the corner. Usually this is an exciting time as we watch the grape vines emerge from dormancy and speculate on this year’s vintage, but today all that giddy anticipation is overshadowed by the deathly lull that is COVID-19.