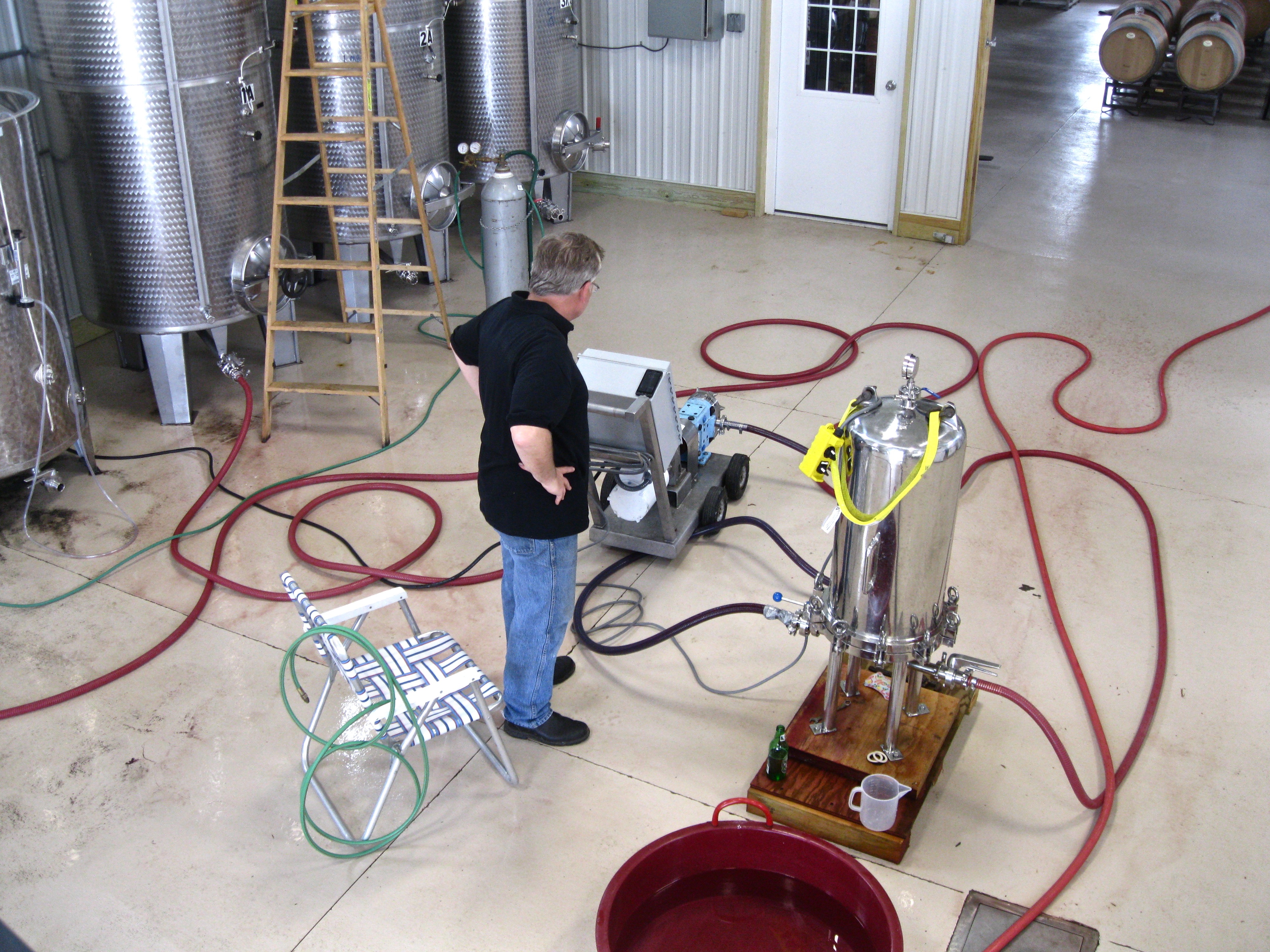 Ox-Eye bottled the 2011 whites about a month ago. Samples from the vats showed bright acidity, fruitiness and spiciness. The wines then rest for at least a month before presentation in the tasting room.

“Bottle shock” is more than just the title of a pretty good movie: it’s a real phenomenon.  The filtering and bottling process is stressful on the wine, leaving it muted and devoid of character. Wines need time to recover their chemistry after this trauma. After a rest period the wines do regain their composure, and continue to evolve in the bottle throughout their life.

We just released the 2011 White Ox, a Chardonnay/Riesling blend, and are very pleased with its perky fruitiness! Most likely the Gewurztraminer/Traminette blend  will come next. Possibly Memorial Day Weekend? We will keep you posted!

The 2011 vintage was a frustrating one for Virginia growers, and one that tested the skill and artistry of the winemakers. Throughout the crucial final ripening and harvest season (late August through October) the rains rarely stopped. Growers had a decision to make: to harvest when the juice was diluted with rain but still clean, or to wait for better weather in the hope of harvesting higher quality fruit, but risking total crop failure.

We feel fortunate with the Riesling, Gewurztraminer and Traminette. These German varieties (and the one hybrid) held up well against the weather. The juice was beautiful, and the wines should be too.

The Chardonnay was another story.  We were unable to harvest it without some disease. Behind the aromas of pear and apple, and something less desirous began to develop after fermentation.  When yeast cells are stressed due to low nutrient levels (caused by poor harvest conditions) they can emit sulfurous compounds.  Normally the yeasts convert the sugar to alcohol and carbon dioxide and not sulfur!  John worked with it, racking it multiple times and adding some deactivated yeast to draw out the demons.   With the advice and help his good friend, veteran winemaker Brad McCarthy, and judicious use of Riesling lees from our Riesling tanks, we able to revive the Chardonnay. The result: a very pleasant wine!! I’m eager to share it with our customers!

It’s easy (well, not really) to make a fine wine in a good year. But vintages like 2011 present a true challenge and a great opportunity to learn. Still, John hopes we don’t have many more similar years.

Reds usually spend at least an extra year aging in oak barrels before bottling. They need this time to soften and mature. So it was the 2010 vintage of reds that we bottled last week. 2010 was a beautiful year, and the reds will reflect that. The Pinot Noir is exhibiting luscious strawberry aromas, the Cabernet Franc has even stronger raspberry than the 2009 vintage, with some wonderful spiciness. And the Lemberger:  big and bold as ever with those telltale notes of black pepper and cherry.

John had his moment of panic. In the cold of December, he tasted the Cabernet Franc from the barrel and felt his stomach drop.   Something wasn’t right. He took samples to his two favorite winemakers.  Andy Reagan of Jefferson Vineyards said, “What’s the problem?  Stop whining,” (not a direct translation), and Brad McCarthy, of Stickdog fame said, “Dude, that’s Cabernet Franc from a barrel in winter. Never taste your Cabernet Franc in winter.  Stop doing that.  The cold just suppresses the fruit.” (Also not a direct quote.)  They were right! It’s going to be great, in my humble opinion.